The Ship in Monkseaton Village was entered into a World Cup Promo competition by Paul Blakey (Newlandmedia Ltd) The winners would receive £ 10,000 worth of audio visual equipment for their establishment allowing them to show TV sporting events, music videos, run digital signage to promote their business showing menus, promotions/special offers etc.

The competition was run by Midwich one of the UK’s biggest AV Distributors. Paul Blakey from Newlandmedia Ltd (suppliers and installers of professional audio visual solutions) lives locally to the Ship Public House, “as it is a privately run family business I have seen the owners Jonnie and Vikki transform and improve the Ship with hard work and determination over the last few years and thought they were deserving of this prize.”

Thinking no more of this competition as Paul has never won a thing, he received a call from Midwich. Newlandmedia’s account manager Matthew explaining that Paul had indeed won this huge prize and he should inform the owners of the Ship. As you can imagine Jonnie and Vikki were stunned but over the moon. Paul has also donated the installation of this equipment by Newlandmedia’s engineers.

“I am over the moon for Jonnie and Vikki, they work so hard and it was just a pleasure to see their faces when I told them they had won this competition.” Paul Blakey

“A very professional service from start to finish, the team were able to assist us with choosing the right equipment and software for our needs and ensured we were informed and understood every part of the process. They continue to support us and have proved to be a valuable partner”

Craig Downey
06:42 06 Jun 19
We have been dealing with Newland Media since 2012 and we have had nothing but first class service. All staff are friendly, helpful and professional. The equipment and installation is of the highest quality and they always make sure everything is working as it should before signing off. First rate company and highly recommended.

Stephen Larman
08:35 02 May 19
We engaged Newland Media in 2018 to install 2 large video walls. From the outset the passion of the team was obvious and the service we received was top class, all deadlines were hit and we had a real show piece when completed. We were treat as if we were their number one customer and our needs were fully met and beyond, it was a great project.

david coxon
15:45 30 Apr 19
Newlands have an outstanding reputation in the industry with an indepth understanding of Audio Visual Technologies and a proven track record in the providing solutions for Arts and Heritage, Business, Hospitality and Learning applications. I have always found them to be professional and accomodating and found their solutions to be appropriate for our purpose. I highly recommend giving them a try!

Joanne Morgan
14:27 24 Apr 19
Newland Media have been a great company to deal with when equipping the meeting rooms throughout our organisation. Extremely professional and knowledgeable both during procurement, installation and support. I would certainly recommend them they couldn't have been more helpful.

Graham Atkinson
10:21 24 Apr 19
Newland Media have done several of our meeting rooms now, all to the best possible standard. Extremely professional. I wouldn't go to anyone else to for our AV needs.

Matthew Henderson
15:37 23 Apr 19
Beamish Museum. Brilliant experience from quotation, to site visit, through to delivery and install. Exactly what we needed - thank you!

Derwentside College
15:42 16 Oct 18
Newland have provided us with some excellent interactive screens which have enhanced the delivery of education at the College. Great service and always very supportive.

Gary Hilton
10:58 15 May 18
Superb after sales service, with no problem too small. A company I would recommend to any organisation without hesitation.

John Jeffreys
11:04 21 Mar 18
Newland Media are a long standing partner of ours, and have always been an absolute pleasure to deal with. Couldn't recommend them highly enough.

ABS Business Supplies
15:49 27 Oct 17
A pleasure to deal with. Friendly professional service and always deliver above and beyond expectations. Highly recommend

Peter Halcrow
09:44 02 Oct 17
We use Newlands to help us out with our AV solutions, both for our customer and internally within Northgate Public Services, prompt service, really competitive pricing

Phil Milburn
13:07 19 Apr 17
Can highly recommend Newland Media, we have used them for a number of years and have always found the team provide great advice both before and after any purchase with no sales pressure. They are always very quick to respond and go above and beyond to deliver our demanding requirements which are usually always last minute. We look forward to working closely with Newland Media over the coming years to build on our AV provision, providing innovative solutions to our business.

Bruce McLaren
08:13 15 Feb 17
We have always been impressed by the team at Newland from our initial consultation to the recent work they have completed for us during our latest office refurbishment. The equipment installed is 1st class and the workmanship is second to none. They even manged to get the 84" screen up some tight stairs!

Norman Barton
11:07 12 Jan 17
Excellent and crucially, very honest advice from Newland Media always in our dealings with them. Great installation of a touch screen TV/trolley and the offer of further advice and training at any time to us.

Linda Laidler
16:19 11 Jan 17
Newlands Media have proved reliable and knowledgeable company, helping us out with both projector and smartboard repairs and providing and installing new interactive screens. They have always been able to attend in hours that suit the school day often coming out on the same day I have contacted them for repairs. Their site surveys have been thorough and they are always willing to provide us with any training or information we need.

Lisa Taylor
15:52 11 Jan 17
We would just like to say a huge thank you for the work from Newland media. From the ordering to the fitting everyone was very helpful and just got on with the job. The company still keep in touch with us and have provided training for our staff. A great job. A very satisfied school. Mrs L Taylor (Head teacher) bailey green Primary and Nursery School 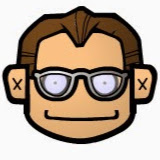 David Jensen
15:24 09 Dec 16
I've supported IT at several First and Primary schools for many years and Newlands Media have always been my first choice for all things AV. I find them very approachable, easy to work with, flexible and whatever it is they do, I know their work will be of a very high standard. I would highly recommend them. 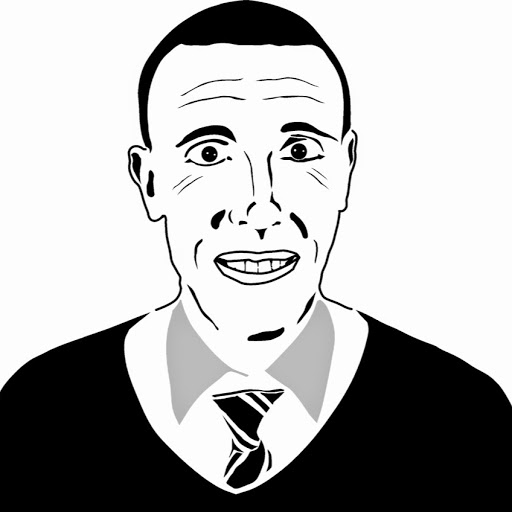 Daniel Sword
15:33 17 Nov 16
Newland Media are an exceptional company. Their professionalism is refreshing, their knowledge of the products and services they offer is great and their after sales service is comforting. We had the digital signage system upgraded within the academy and the job was surveyed and completed very quickly. Installations were discreet and tidy and the onsite training was very helpful. Thank you for a positive experience. I have already recommended Newland Media to another School

SUE HALL
13:20 14 Nov 16
The team at Newlands Media were superb. They worked to a tight deadline to meet the needs of our school and install Clever touch screens during the holidays with follow up training. We'll be returning to them as we upgrade more classrooms.

Chris Boundey
16:54 03 Nov 16
From start to finish the guys at Newland Media went above and beyond our expectations. We were in the market for a reliable AV installer and from the original phone call they instilled confidence. We had two primary school AV installations, both completed swiftly and ahead of schedule. To conclude, these guys provided a top notch service. We look forward to working with them further on upcoming projects.

Bob Ratcliffe
15:35 21 Oct 16
I have used Newlandmedia now for over 20 years. Throughout that time they have just provided a brilliant service from start to finish. In our old school they completely transformed the classrooms, that had a lot of asbestos ceiling tiles, with wall-mounted solutions. They also provided large projector systems, sound system as well as signage. Now that we have just moved into a new Priority Schools Build project, the lads have provided Clevertouch screens in every classroom, a sound system in the dining hall as well as OneLan digital signage. What more can I say, I just love these guys ... and Jo! Keep up the good work as always.

Matthew Dixon
13:12 21 Oct 16
I have been working with Newland's for a number of years now, and have always found them to be outstanding. The quality of the workmanship is excellent and knowledge of AV / IT systems is superb. On top of this they are really nice friendly chaps who you can talk to if you need help, quick to answer email and provide quotes etc. Highly recommended.

landor2357 landor2357
10:05 23 Jun 16
C.R Distribution – employed Newlandmedia for the implementation of our digital signage systems. We discussed our needs in detail and they designed a system around our requirements. A budget proposal was put forward followed up with an onsite demonstration. Our digital signage system displays health and safety information alongside live screen casting of our production process stats. The installation was timely, the engineers were friendly, configuration and integration was as they said it would be without interruption to our systems and it came in on budget. Training was carried out over a morning, they have been back out when requested for changes we have made to content and layout design without any issues. These guys are clearly specialists in their field and I would have no hesitation in recommending them.

Chris Currah
20:58 21 Apr 16
I have worked with Newland Media on various projects, small and large, in education for over 20 years. Their technical advice and after sales is in my experience unrivalled. Each project has come in on time and worked faultlessly. I would recommend them highly.

Darren Harvey
15:30 20 Apr 16
Newland Media have been looking after St Oswald's Hospice for over 15 years now. I think the relationship speaks volumes, helpful, sound advice and always very responsive to our needs. I'd highly recommend them (as I do) to anyone looking for a specialist in Audio Visuals. Thank you Newland for looking after us for the last 15+ years

Nigel Scorer
14:50 19 Apr 16
We have worked with Newland Media on several projects and they are great to work with. Their knowledge of modern media systems combined with their positive attitude makes for an easy and enjoyable collaboration. We look forward to the next time!
See All Reviews